The reaction of SPIE Headquarters was straightforward and enthusiastic:

“I wish you a very successful meeting later this week and assure you of an ongoing close and supportive relationship with the new Photonics Society of Poland. SPIE’s leadership recognizes and greatly appreciates the wonderful work done by the chapter members in Poland and I know there is sadness in a way at losing our model chapter, but we believe that this step is the fullest recognition of what the chapter there has done. We wish all our chapters had developed in a way to take a similar step”. (Eugene Arthurs)

The official opening ceremony of the Photonics Society of Poland took place on May 31, 2008 during First Symposium of PSP.

Photonics Society of Poland (PSP) is presently with its 233 members (as of October 25, 2019) the largest and the most powerful optics/optoelectronics/photonics organization in Poland. It has already started integration and consolidations activities with Polish Technology Platform on Photonics, Committee of Electronics and Telecommunication/Polish Academy of Sciences and with Polish Committee of Optoelectronics/ Society of Polish Electrical Engineers.

This year International Day of Light (Poland) is in the internet. 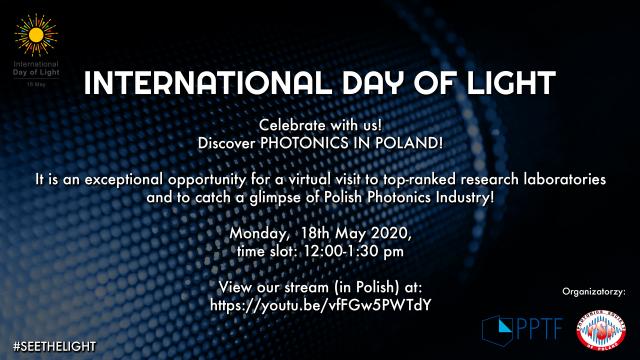 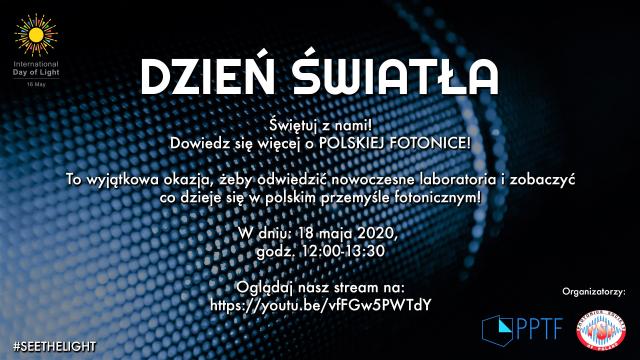 Industrialization Potential of Optics in Biomedicine

The conference will be focused on developments of optical biomedical imaging techniques. The i-POB conference will include opportunities for interaction between, scientist, innovators and entrepreneurs, including education on how to successfully run projects.

The main goal of the Conference is to exchange knowledge in the scope of practical applications of integrated optics. The aim of the Conference is to present experiences in the field of technology and theoretical analysis of optoelectronic sensors and practical applications of sensing structures and systems as well as new methods in the field of metrology.

Conference on Optical Fibers and Their Applications is a long lasting, traditional event, organized since 1976. The purpose is summarizing the developments in the field of optical fiber technology and applications in this geographical region and worldwide. Bring together experts from different fields: academia, government laboratories, industry, telecom operators, and hardware/software vendors.